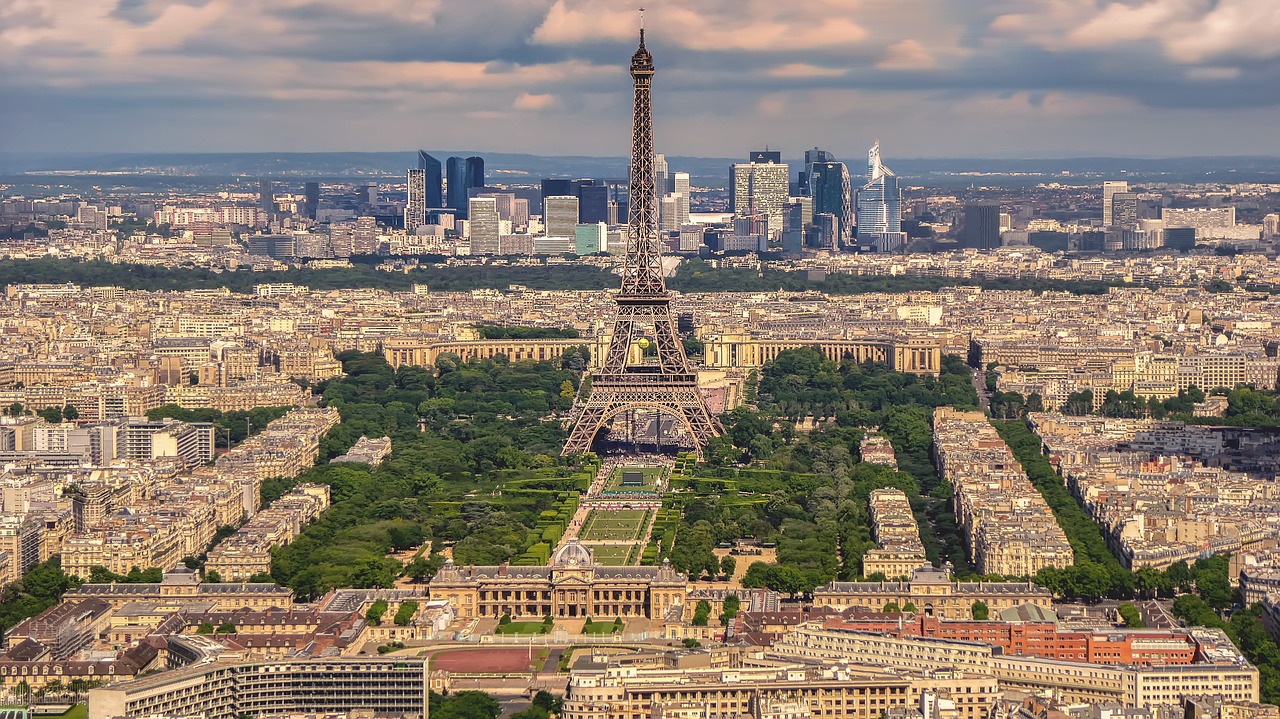 The French capital also happens to be the most populous city due to the number of residents and tourists pouring in daily.

People get lured to Paris by the fashion scene. Instagram influencers here and there have their picture taken on every corner of the city seeming like they are having a good time.

Just lately, fashion icon Karl Lagerfeld passed away, leaving a couple of memoirs on each of his favorite spots in Paris.

Lagerfeld lovedhanging out at one of Paris’ oldest coffeehouses. Opened in 1880, the Café de Flore is famous for serving a who’s who of names. The fashion icon is one of those high-profile clients, which include famous writers and notable philosophers.

“Without the Flore, Saint-Germain would not be (or won’t be anymore) Saint Germain. This is the ultimate café on the left bank of Paris,” Lagerfeld said.

One of the café’s best sellers is their onion soup. The hot beverages will make you feel at home but their orange juice receives a lot of positive testimonials as well.

“I also love the atmosphere and food at the Café de Flore,” Lagerfeld would add. He also praised the reception and staff of the place.

2, Smell the roses at Lachaume.

Lachaume is overflowing with elegant flowers and bouquets. Looking at the perfect designer blooms alone will make you feel romance.

Lagerfeld buys his flowers at Lachaume. The naturally lit boutique has been a go-to for flowers in Paris since 1840.

“White orchids and white hydrangeas – impossible to find year round,” Lagerfeld says as he would often speak highly of the place.

It has become one of the city’s most exclusive florists.

Another one of those century-old establishments in Paris is E.B. Meyrowitz. The luxury line of optical goods was established in 1875.

Since then, the store has upheld its traditional craftsmanship and elegant design with their works. The frames are simple but exhibits timeless elegance for spectacles.

It isn’t a surprise that a fashion icon like Lagerfeld would buy his glasses there. “I am nearsighted, and with them it is perfectly taken care of,” Karl once told Elle US.

E.B. Meyrowitz glasses are something millennials will call a “manssential.” It’s combination of purpose, style, and store value makes anyone who wears such glasses an instant center of attention.

Book lovers are going to go crazy over the Librairie Galignani. It started serving the people as publishers in 1520 before officially opening a store in 1801. The place has endured the test of time which is a testament to the store having the best literary finds.

Lagerfeld loved to read. He considers reading a serious addiction. Passage de l’Odéon by Laure Murat, a book about Sylvia Beach, Adrienne Monnier and literary life in Paris between the two world wars is one of his favorite works that can be found in the book store.

“I adore the media and I love newspapers. I want to read everything and see everything because I like to be informed… It’s impossible to say what my favourite book is. For me, reading is a serious illness, like an addiction.” – Karl Lagerfeld

A man with a taste for the classy definitely dines in nothing less. La Maison du Caviar is one of the better-known upscale restaurants in Paris.

It may not be as antique as the rest of Lagerfeld’s favorite places, going inside will make you feel like his presence lives when you dine.

“I love La Maison Du Caviar (21, rue Quentin-Bauchart) because they have the best caviar in the world. There is nothing like this and I go since I was sixteen or seventeen,” Lagerfeld says.

The restaurant opened in 1956 and has been serving the best caviars since then. Its Parisian and international clientele not only get to taste different kinds of caviars but also smoked fishes on top of other gourmet products.

Lagerfeld frequents Musee D’Orsay specifically to seek perspective from a Gustav Dore exhibit. Doré was one of the foremost French mountain painters of the second half of the 19th century.

He focused on this genre, to which he would return throughout his career, especially from the 1860s onwards, exploring every aspect – picturesque, sublime, meditative and dramatic. Influenced both by Alexandre Calame and Gustave Courbet, Doré, an athletic and tireless traveller with a passion for mountaineering, travelled around the French coast, in the Vosges, Savoie and Pyrenees regions, as well as in the Tyrol, Switzerland, and Scotland in particular.

It was in Scotland in April 1873, in the area around Braemar, Balmoral and Ballater, that he became a serious watercolour artist and a brilliant member of the Society of French Watercolourists from 1879 to 1882.

Jardin du Luxembourg is the royal gardens of the Luxembourg palace. The garden however is now owned by the French senate.

Built in 1620, the 23-hectare lawn is lined with trees, flowerbeds, and model sailboats. A picturesque Medici Fountain caps it up.

The place is perfect for those who like to sketch their surroundings or simple just want to meditate through ambient sounds of birds and winds.

Galerie Kreo is filled with contemporary designs worth seeing. Their displays put the “art” in artisan.

The gallery defines itself as a “laboratory space of contemporary pieces.” The gallery has created pieces exclusively for their display.

A who’s who of vintage and contemporary designers showcase their works in one of Paris’ exclusive art galleries.

Lagerfeld enjoyed visiting Galerie Kreo as he appreciated their eye for artistic discoveries. It is recognized as one of today’s most important and influential design galleries all over the world.

A big thank you to our sponsors at Alberta Drywall. Looking for t bar ceilings? We have the experience and staff to get your job done right.